Elon Hints at a BTC Firesale

The Unchained newsletter is shifting from a weekly recap to a daily blog. Each morning you will receive a few quick bullet points summarizing yesterday’s news, a couple of memes, a brief breakdown of a trending topic, and a few recommended reads.

Without further ado… here is the first edition of the Unchained Daily.

With the crypto market taking a sizeable dip over the weekend, on-chain analyst PlanB tweeted out some encouragement for those of you dreading looking at your crypto portfolio this morning: 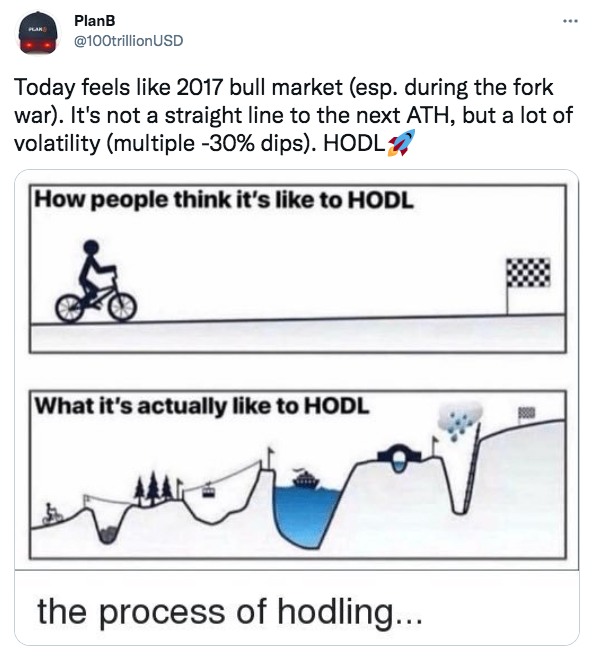 Even with the market down today, the YTD performance of the top 15 cryptoassets is still staggering, as Messari’s Ryan Selkis pointed out on Twitter. 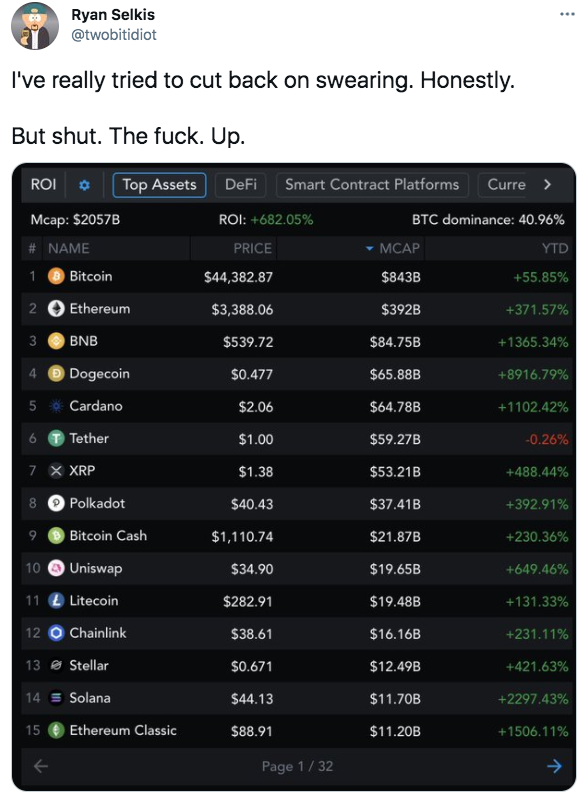 Over the weekend, in response to @cryptowhale on Twitter, Musk took it a step further, hinting that Tesla may sell — or has already sold — its Bitcoin holdings: 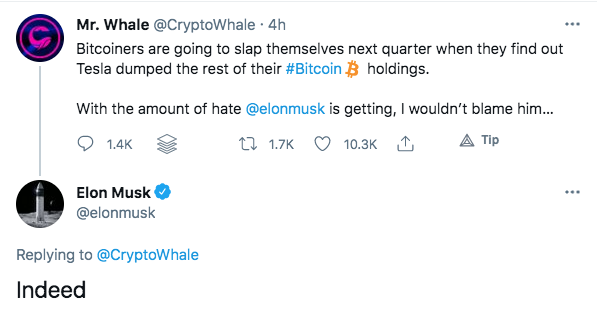 It has been a rather raucous few weeks between Musk and crypto. Between his consistent Dogecoin pumping, the announcement that Tesla had sold part of its BTC holdings, and, now, Tesla’s decision to halt BTC purchases due to environmental concerns, trying to decipher Musk’s motivation in the crypto space seems to be a nearly impossible task.

*bonus meme from @_benkaufman that explains what is really going on* 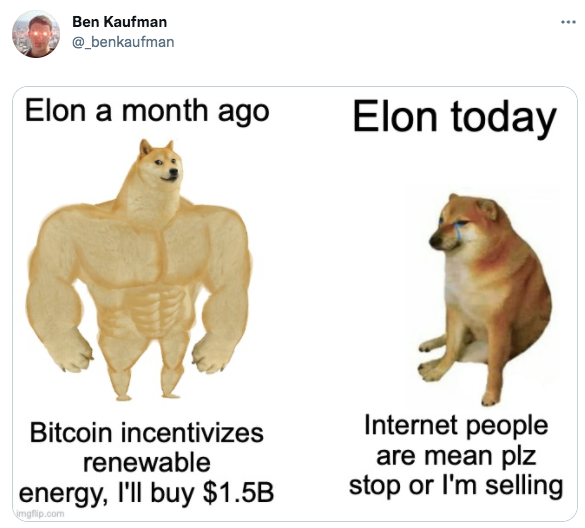 How Elon Musk Pushed DOGE Up and BTC Down, With Arca’s Jeff Dorman

Jeff Dorman, the chief investment officer at Arca, comes on the show to give a macro perspective on the crypto environment. In this episode, he discusses:

As a newsletter subscriber, you will be the first to get the word on Laura’s upcoming book, The Cryptopians: Idealism, Greed, Lies, and the Making of the First Big Cryptocurrency Craze.

Stay tuned for an announcement about two things:
1. When it will be published

The post Elon Hints at a BTC Firesale appeared first on Unchained Podcast.

Btc Bitcoin Btcusd
TA: Bitcoin Bears Are Back, Here’s Why BTC Could Test $30K
Bitcoin price failed to clear the $37,000 resistance against the US Dollar. BTC is declining and it remains at a risk of more losses below $34,000. Bitcoin is facing

Read more
Mining Bitcoin Bitcoin mining
EZ Blockchain Partners With Texas-Based Oil Provider to Monetize Wasted Natural Gas With Bitcoin
While a number of media pundits and politicians have been talking about Bitcoin&rsquo;s energy consumption, there&rsquo;s been a myriad of firms working toward green